by Roddykat
with 5 comments
gadgetsMisc

Hey guess what? I just got new camera about a week ago. Now before you start grumbling, no I will not saturate with pictures every day. In fact, there is no telling if I will post anything I take after this. Well, that is probably a lie, but I to try. Really, I just been taking random shots trying to feel it out. I’ve always loved photography, but never got serious about it… Well, there was that one time I tried to get into nude photography, but that never took off (yuck yuck).

The camera I got was the Canon A610. It’s a pretty good camera so far. It’s not real fast, but it takes good pictures which, of course, has some dependency on the user. I just wanted a point and shoot camera with a tinge of manual features that I can mess with. You know, something to whip out on short trips and such. I plan to get a “heavy duty” prosumer camera later, so I can really get into the mode. I also have an old 35mm camera for when I feel like going back to film. I love digital, but there is still something to be said for film photography. It’s kind of like vinyl (records) versus CD’s. They both have there place in my heart. Some things just sound good on records.

Anyway, if I do come across any good shots, I may put it up. Oh, it does video also, but personally, it still seems to me silly to have tht capability on a still camera. DOn’t get me wrong, I can see the use for it, but it still seems silly. But hey, what do I know, I never cared for cameras in cell phones and PDA’s or the mixture of all three.

Oh, I almost forgot. I have a couple of pictures to show you. This was involving showing the camera to my wife. Now, if these happen to disappear, you can guess why.

This is my wife before she found out I had the camera. 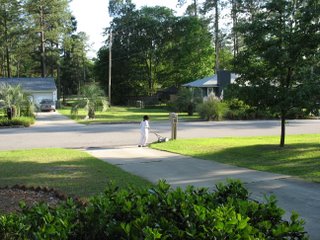 This is my wife after she found out I had the camera. 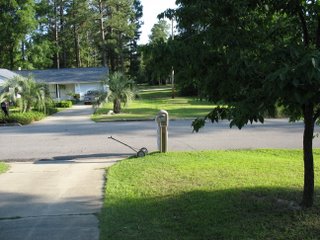